How to Find Burn Morels – Terrain Based Predictions

The 2022 burn morel season is shaping up to be as good or better than any season in the last 5 years. The 2021 fires that guide our hunts were unusually widespread from Southern California up through Oregon, Washington, Idaho and Montana with each state having at least 10 excellent high-potential fires. These huge and widespread fires will offer abundance and a problem: where to start? With millions and millions of acres burned, the biggest challenge for many morel hunters will be where to start? Which fire? And which area in which fire?

As everyone knows, there are many maps out there that will show casual pickers where the burn perimeters are located. But they don’t really solve that primal problem of which fire to start with and where in the fire to focus your attentions. Of course at Modern Forager, this is what we do.

This year we are rolling out several new maps to help pickers. We plan on releasing new features every week or so as we build them. Some of our maps, like the tree maps, are for expert pickers who want to locate specific tree types inside burns. This week we have an exciting new map concept for beginners and are really curious what you think: Prediction Maps.

Our new terrain based Morel Prediction Maps use an algorithm to rate areas within each fire (in 30 meter sections) based on ideal terrain features and then color score the map. Bright yellow is best and equates to a burn morel “hot spot” – an area where we predict the morels will flourish. 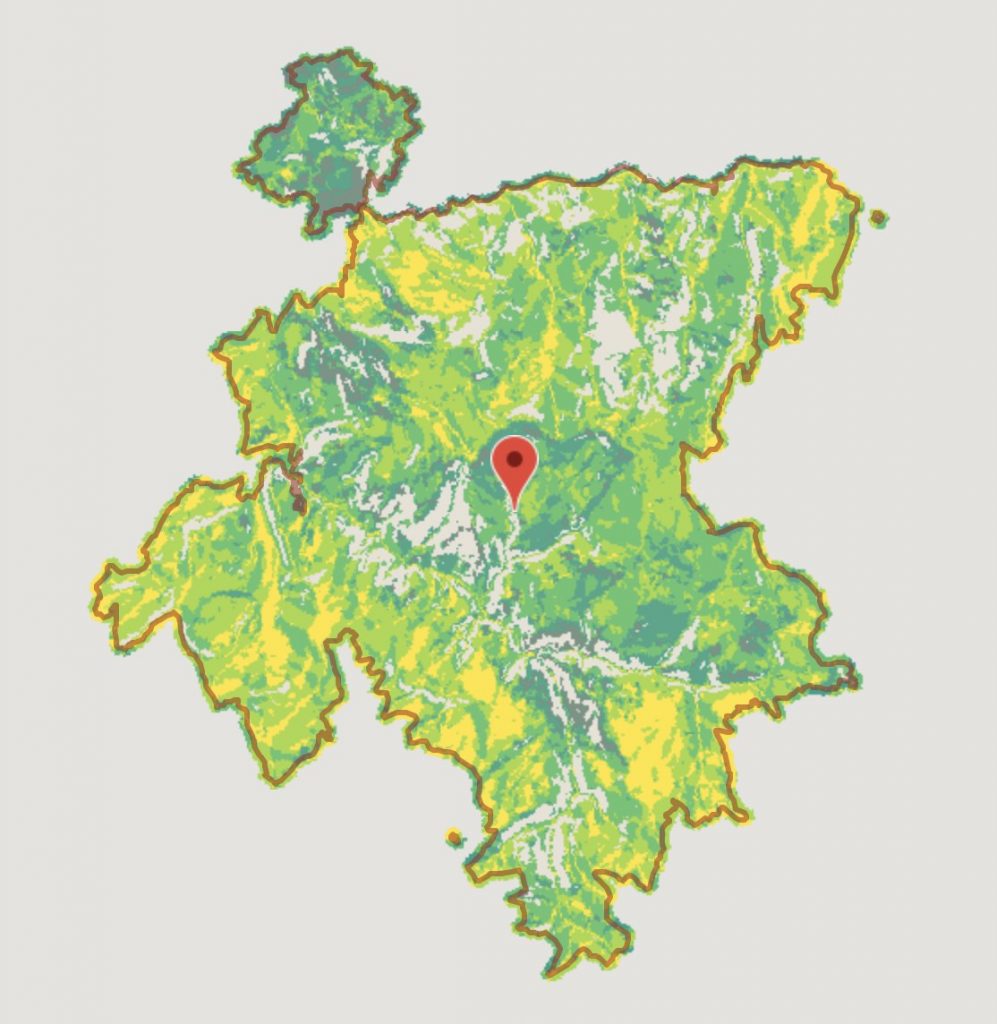 Above Map: Morel Prediction Map from the Big Hamlin fire in Oregon from 2021. Bright yellow and yellow/green are the best, the lightest gray (appearing almost transparent in the map) is to be avoided entirely, and dark green/blue/gray is mediocre at best.

We put a lot of thought into what went into these maps. Predictions are composed of three primary terrain features:

There is more terrain data to uncover and bake into the maps. Our intention is to include these data points in the maps we will be releasing throughout March.

Stay tuned for the maps to include:

Let’s look at some closeups.

This map below is a zoomed in section of Big Hamlin. The color gradations are a bit easier to see: 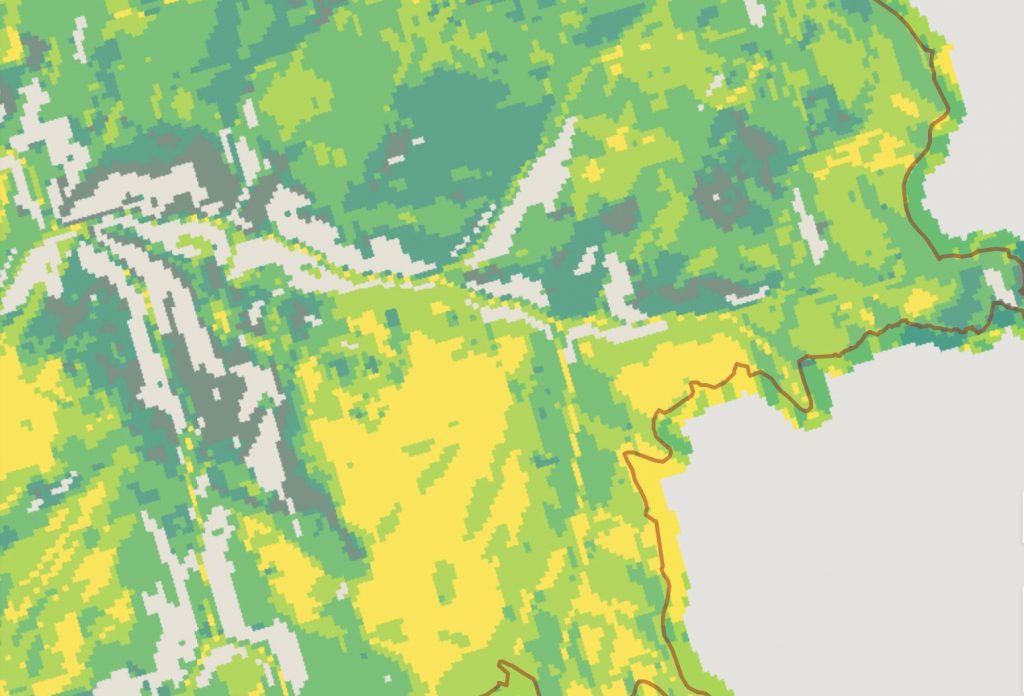 The large yellow spot really stood out in our algorithm. Plus there is a lot of other bright yellow nearby and lots of surrounding pale green, which will also be pretty good. 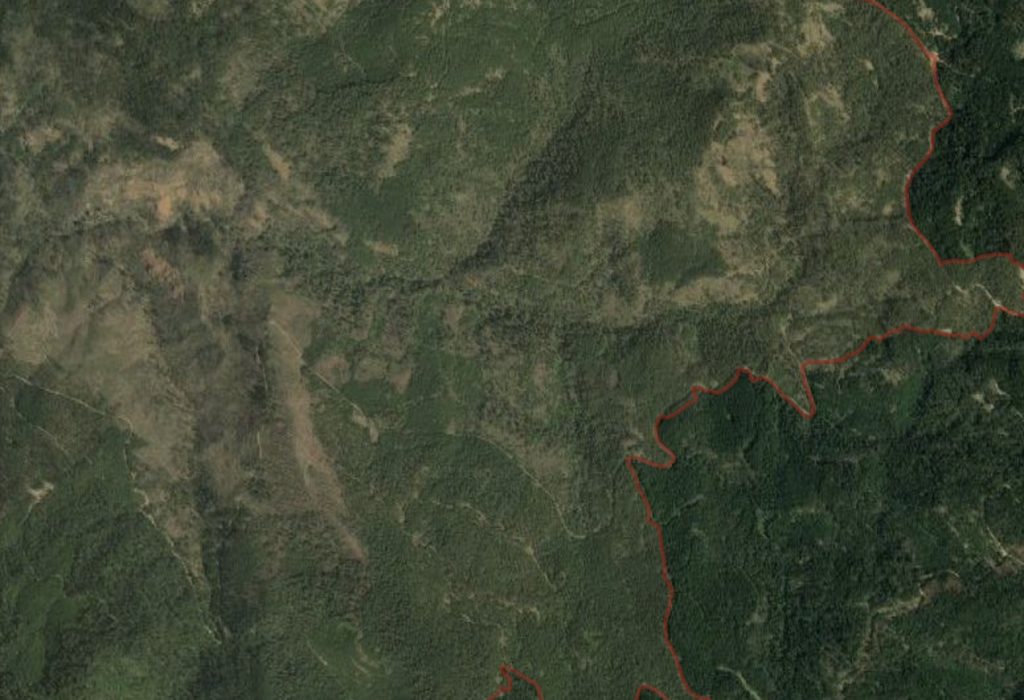 When you compare it to the satellite picture, you can see that the heavy trees and good picking areas really line up well. 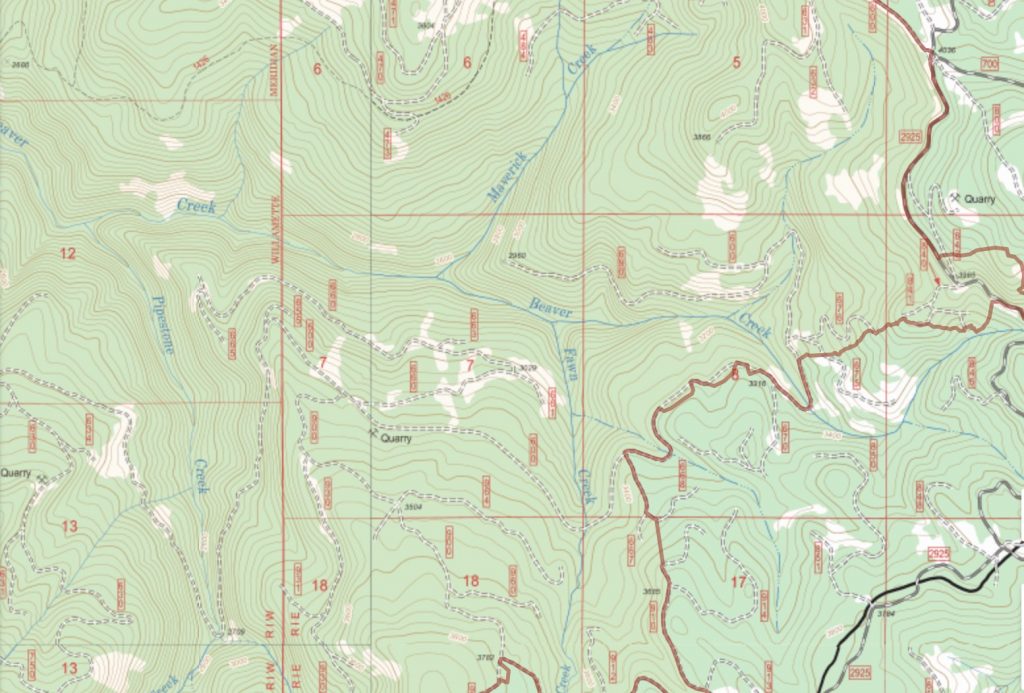 Normally we spend a lot of time studying the topo map, looking for areas that have the slopes and aspects we want. We look for slopes where the topography lines are spaced far apart. Aspects take more studying because Northerly and Southerly aspects are hard to tell apart without finding elevation markers. Clearly, the bright yellow areas on our prediction map are relatively flat for easy picking and also Northerly facing. This USFS topo map remains a big help to because it shows a lot of detail about access roads. A big warning to people using free maps – Google maps do not have this level of road detail.

We’ve taken big steps this year to add even more value into our burn morel hunting maps! We have a team of GIS experts pouring through the fire data so that we can set you up for success finding burn morels. Stay tuned each week for new and exciting things to come.

So what do you think? Let us know in the comments below.