This week we added burn severity maps to the burn morel map system. The burn severity index is a available for all 2022 “A” rated fires. We also created burn perimeter maps for British Columbia. Next week we will release another set of fun maps!

We like to research the burn severity because some fires have large areas of very severe burns. We are happy to hunt in low and moderate burn areas in fires. The most severe (dark red) areas, especially when in big sections, are best avoided. They can produce, but not as reliably. Burn severity is a good study, especially when planning a trip. 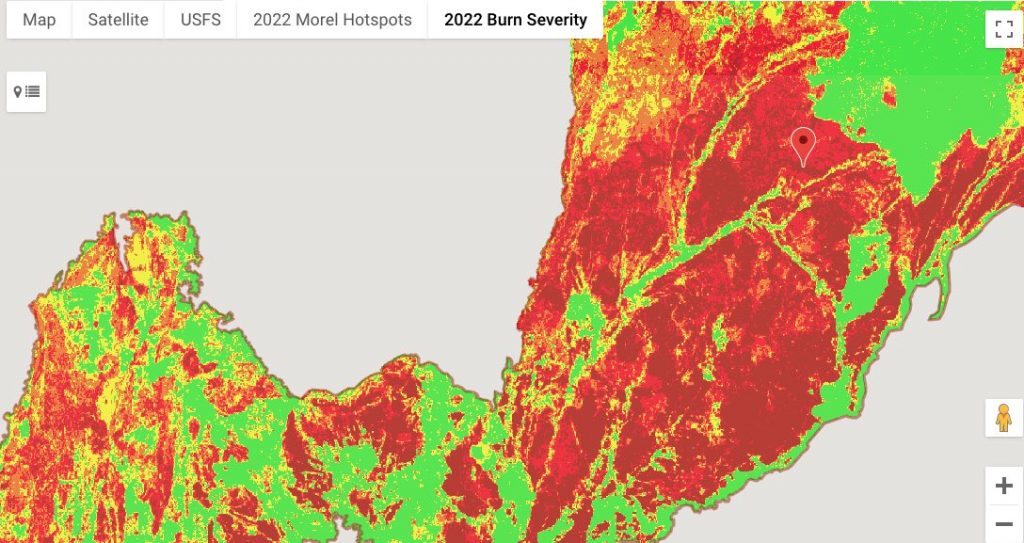 Above is a burn severity map from the Antelope fire in Northern California. The dark red is the hottest burn area. Green is the least severe.

The relatively standard technique used to assess burn severity is called differenced Normalized Burn Ratio (dNBR). dNBR is a spectral based algorithm based on tree canopy. Infrared light frequencies are used to measure dNBR because they interact well with vegetation (or lack of). The algorithm subtracts (i.e. differenced) one image and measures the change.

In addition to burn severity, it is fun to cross-reference the perimeter with our Morel Probability Map (which predicts morel likelihood based on terrain factors like tree cover, aspect and slope), a more complete picture. Here is an example of the same area: 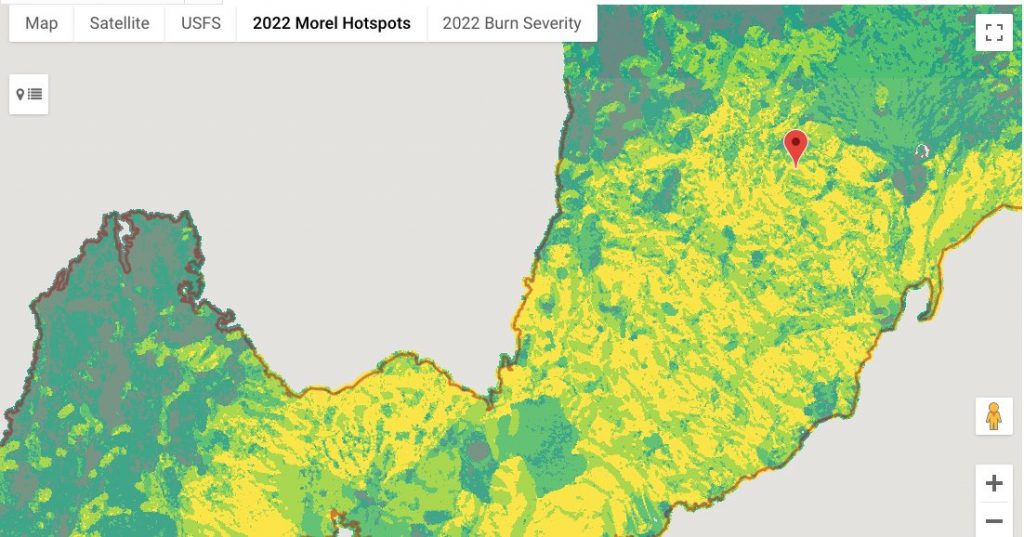 Hopefully you will find the addition of these maps helpful. They will not take the “thrill” out of the hunt, studying them should reduce your maps research time. You will still need to put boots on the ground and get yourselves in and out of these burns, sometimes in remote areas. Both maps are worth eyeballing before planning your trip.

If you haven’t tried out our morel burn hunting maps, you can learn more here.