Hunting burn morels in the West is an incredibly rewarding hobby. If you are from the East, South or Midwest you may even be thinking, what the heck are “burn morels”? Each year after a wildfire, typically West of the Rockies, morels will fruit abundantly in the right type of charred forest. While technically a different species, these morels taste and look the same as any other morel. If you have ever purchased morels from the store, they are likely western burn morels. Commercial hunters flock to the west starting in California and following the season often all the way up to Alaska as the mushrooms head up in elevation.

Trent and I began studying and hunting burn morels years ago. Every single trip to hunt burns in the West has been a wonderful adventure. When you can collect a 5 gallon bucket full of tasty morels in just a few hours, you become absolutely giddy. The experience is truly like nothing you can imagine. And wildfire scars, although sad and horribly destructive, are also incredibly beautiful as they teem with new life. I would never wish a wildfire on any area, but it seems Mother Nature has dictated they are here to stay. The resulting morels are a benefit that many do not know about. 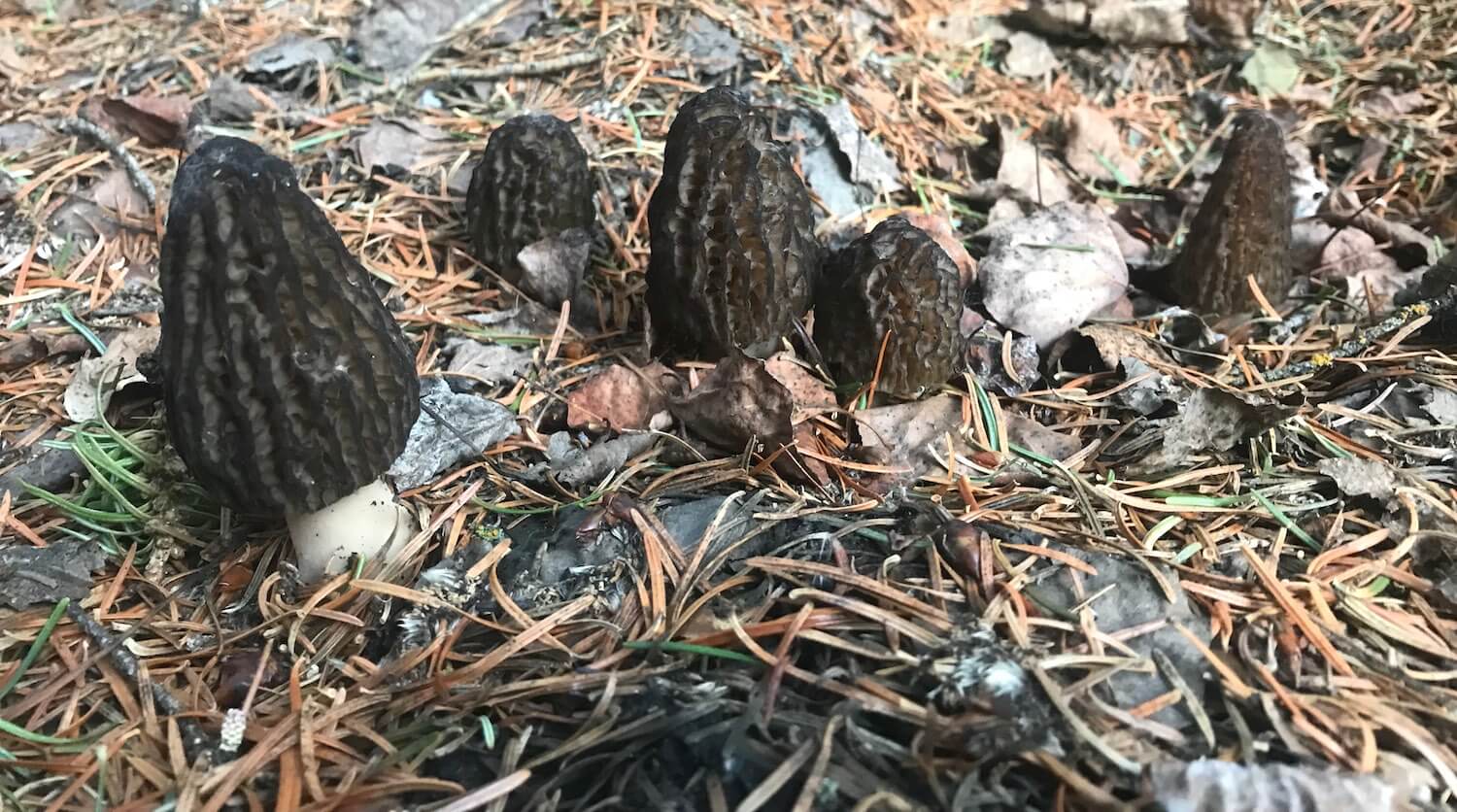 We are excited to officially release our 2022 burn morel maps! These maps detail forest fires from the huge 2021 fire season that are promising for burn morels. Once again the West had a tough year of burns, especially California, Oregon, Washington, Montana and Idaho.

With millions of acres burned last season, the inspection and curation process was incredibly time consuming. We missed our earliest release by a few days, but we’re super excited to have the bulk of the state maps ready. 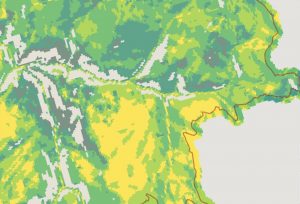 We’ve added a super cool new feature this year – morel hot spot prediction maps. We created an algorithm that uses terrain data such as tree cover, tree type, elevation, and aspect, to predict where burn morels are more likely to be fruiting within each fire. The prediction map is color coded in the style of a heat map, where yellow and yellow/green denotes hot spots!

You will also find a new map tab showing burn severity for nearly every rated fire in the 11 Western states. This tool uses a comparison model that looks at pre-fire and post fire satellite visuals to calculate severity. Cloud cover can get in the way, so it’s not perfect, but it does a pretty good job!  These maps are only for 2022 burns we rated as A level burns.  Some burns we were unable to rate due to a lack of before and after satellite pictures.

We’ve added fire perimeters for British Columbia this year. Alberta will be coming as soon as fire data is released in April!  These fires are not curated – there are lot of them! British Columbia had a huge fire season last year.  Also, because most of our map data is provided by the US federal government, we are unable to show some of our base maps in Canada and our Burn Severity maps and our Burn Morel Prediction Maps also are un available.

There is a lot of good news for fire morel hunters in 2022.  There are more A fires, in more states than we have ever seen. Here is a state by state rundown:

Oregon has 13 fires rated as “A” totaling over 725000 acres.  The fires tend to be on the Eastern slope of the cascades and mostly in Southern Oregon. Compared to last year, they are further from population centers and higher elevations. This bodes well for epic May and June harvests because the Eastern slopes are generally more productive than the Western slopes and the higher elevations are also more productive. For most Oregonians, these are not “day-trip” fires and are a bit more remote.

Colorado only has 2 “A” rated fires this year which may make them a bit competitive.

California once again had fires from top to bottom. This year there are 9 “A” fires covering over 2 million acres.

Arizona has 4 “A” rated fires this year.

Washington makes the list as one of the best states to hunt this year. It has 10 “A” rated fires covering over 500,000 acres.. The fires are widely dispersed on the Eastern slopes of the Cascade range with a heavier concentration in the Northern portion of the state.

Wyoming only has 1 “A” rated fires this year totaling 7500 acres.

New Mexico has 2 “A” rated fires this year.

Alaska fires are mapped, but do not provide ratings because we haven’t learned enough about the habitat and local morel tendencies.

How long after a burn do morels grow?  As most people know, the best fruiting happen the first year after a fire. However, as we learn more and talk to other hunters, it is clear that year two and even three can be productive. This is especially true if the burn didn’t fruit in the first year.

Because of the drought conditions that covered the West last year, starting in early May, many of of the 2021 fires may pick well in 2022.  They didn’t fruit well in 2021! Plus, many of these fires, especially in Oregon on the Western Cascades, were closed to pickers by the USFS.

We include maps to the last 2 or 3 years in our package. With the epic droughts in some places, it might be worth revisiting those maps.

2022 Burn Morel Hunting Maps Are Here!2022-02-182022-03-04https://www.modern-forager.com/wp-content/uploads/2020/03/modernforager-optimised.pngModern Foragerhttps://www.modern-forager.com/wp-content/uploads/2018/06/burnmorel.jpg200px200px
About
Kristen Blizzard
Kristen has been chasing wild, edible mushrooms for years mostly in the Colorado Rockies. She and her husband, Trent, are the authors of Wild Mushrooms: A Cookbook & Foraging Guide.
Showing 2 comments